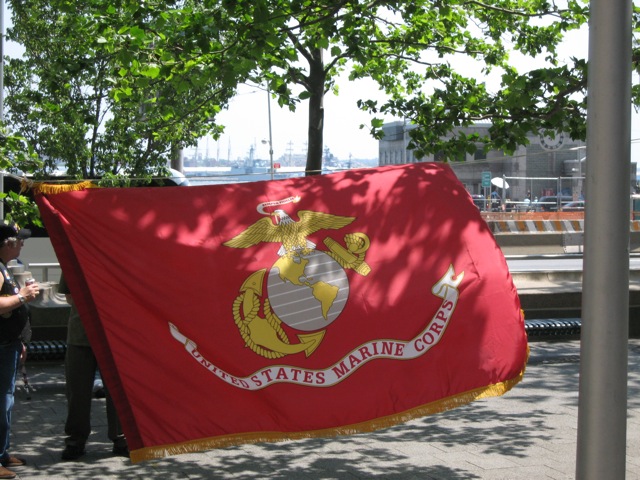 In the midst of it all

On Memorial Day, a lifelong New Yorker who served with the Marines in Vietnam went with me to the New York Vietnam Veterans Memorial in lower Manhattan; he had never before visited the memorial. 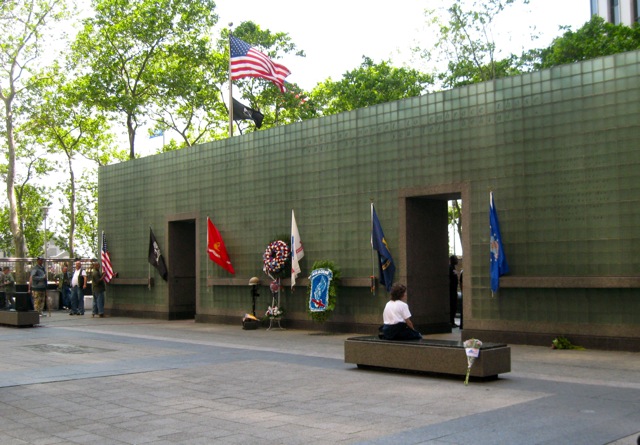 It was a warm day. A Marine in one corner of the plaza offered us bottles of cold water. Tunes from the times blared from speakers a group of veterans had set up. They said they gather at the memorial every Mother’s Day, every Memorial Day and every Veterans’ Day.

Among the words of soldiers etched into the green glass wall is an excerpt from this letter by Lt. Marion Lee “Sandy” Kempner:

This morning, my platoon and I were finishing up a three day

and generally impenetrable jungle, one of my men turned to me

and pointed a hand, filled with cuts and scratches, at a rather

the downpour (which had been going on ever since the patrol

began), and said, “That is the first plant I have seen today which

didn’t have thorns on it.” I immediately thought of you.

The plant and the hill upon which it grew, was also representative

of Viet Nam. It is a country of thorns and cuts, of guns and

marauding, of little hope and of great failure, yet in the midst of it

all, a beautiful thought, gesture, and even person can arise among

it waving bravely at the death that pours down upon it. Some day

this hill will be burned by napalm, and the red flower will crackle

up and die among the thorns.

So what was the use of it living and being a beauty among the beasts, if it

must, in the end, die because of them, and with them? This is a question which is answered by

are, what you are. Whether you believe in God, fate, or the crumbling

cookie, elements are so mixed in a being that make him what

he is; his salvation from the thorns around him lies in the fact that

he existed at all, in his very own personality.

was the thoughts and opinions people had of you after you died.

anyone: that is like the question of whether the falling tree makes a

sound in the forest primeval when no one is there to hear it: it

makes a sound, and the plant was beautiful and the thought was

kind; and the person was humane, and distinguished, and brave,

not merely because other people recognized it as such, but because

beauty emanates from the soul where it might not be recognized,

seen, or appreciated as readily, but nevertheless is there, even more

than the skin-deep variety.

The flower will always live in the memory of a tired, wet Marine,

and has thus achieved a sort of immortality; but even if we had

never gone on that hill, it would still be a distinguished, soft, red,

thornless flower growing among the cutting, scratching plants, and

that in itself is its own reward. 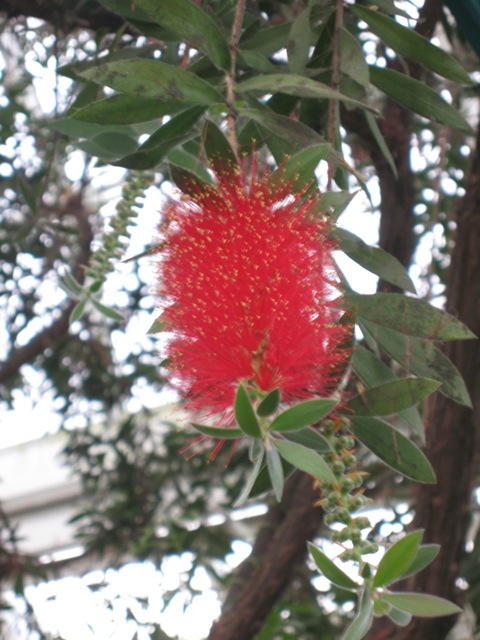 Sandy’s letters have been published, are in the archives of the Galveston Library, and may now be found online.