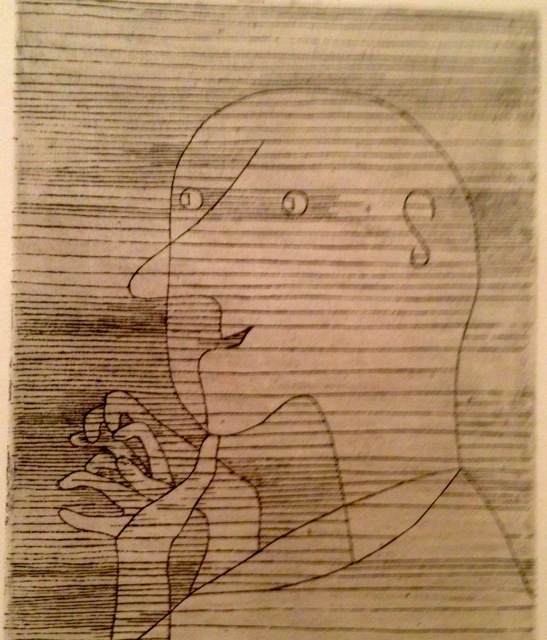 Paul Klee’s Old Man Counting is on view at the Met through February 24, 2013, in the exhibit Late Klee.

“a fragment of music or poetry, a page, a picture begin to live in the act of their creation but they complete their existence when they circulate, and it does not matter whether the circulation is vast or restricted; strictly speaking, the public can consist of one person, so long as that person is not the author himself…. one must not make the mistake of believing, however, that the appreciation or consumption, of a particular expressive moment or fragment must necessarily be virtually simultaneous with its presentation to us, in an immediate relationship of cause and effect.

…This second moment, of common consumption and even misunderstanding, is what interests me most in art. Paradoxically, one could say that music, painting and poetry begin to be understood when they are presented but they do not truly live if they lack the capacity to continue to exercise their powers beyond that moment… To enjoy a work of art or its moment, in short, is to discover it outside its context; only in that instant does the circle of understanding close and art become one with life as all the romantics dreamed. 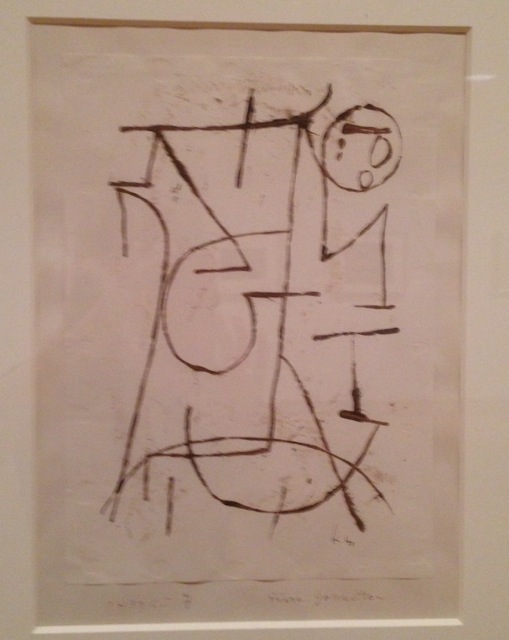 I cannot see a line of indifferent mourners at a funeral or feel the Triestine bora blow without thinking of Italo Svevo’s Zeno; or look at certain modern merveilleuses without thinking of Modigliani or Matisse; I cannot contemplate certain caretaker’s or beggar’s children without having the Jewish baby of Medardo Rosso take shape in my mind; and I cannot think of certain strange animals – the zebra or the zebu – but the zoo of Paul Klee opens in me; I cannot meet certain persons – Clizia or Angela or…omissis omissis — without seeing once again the mysterious faces of Piero and Mantegna or having a line of Manzoni (“era folgore l’aspetto”) flash in my memory; nor – on a somewhat less elevated plane – can I consider certain episodes in the eternal war between the devil and holy water without hearing in my heart the enveloping feline mewing of the aria of St Sulpice (as sung by Rosina Storchio). 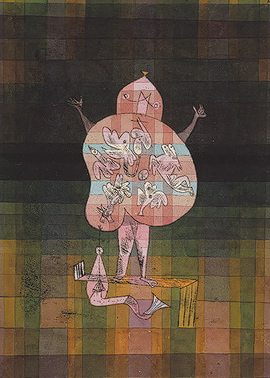 Note that I don’t say that art, and particularly music and poetry, must be easily mnemonic or memorable….What I do say is that any expression at all which has had a miraculous, liberating effect on someone – an effect of liberation and of understanding the world – has attained its goal and achieved form.

…effects of this kind occur at a distance and are unpredictable. From time to time a great artist like Proust, obsessed by the “petite phrase” of Vinteuil (is he Franck or Gabriel Faure?) can construct a whole world out of one memory, organize it, and bring it to its own particular modus vivendi; but we do not have to go so far for art to intrude on us and continue an absurd, incalculable existence within us. Nor would I say that the second life of art is related to the objective vitality or importance of the art itself. One can face death for a noble cause whistling “Funiculi funicula”; one can remember a line of Catullus entering an austere cathedral or pursue a profane desire associating it with a Handel aria full of religious unction; one can be thunderstruck by a caryatid of the Erechtheion while waiting in line to pay one’s taxes, or recall a line of Poliziano even in days of insanity and slaughter. Everything is uncertain, nothing is necessary in the world of artistic refractions; the only necessary thing is that these refractions be made possible, sooner or later.

Modern artists (I don’t mean all of them) who, through natural impotence or fear of walking down already-traveled streets or out of a misguided respect for the ineffability of life, refuse to give it a form; those who deliberately exclude every pleasant sound from music, every figurative element from painting, every syntactical progression from the written word, condemn themselves to this: to not circulating, not existing for anyone. Since there is no possibility for a great communion between the public and the artist, they also reject the ultimate possibility of social significance which an art born of life always has: to return to life, to serve man, to say something for him. They work like beavers, gnawing at the visible, driven by an automatic impulse or an obscure need for an outlet or the need to build themselves a dark, ever darker, ever more hidden shelter. But they will never save themselves if they lack the courage to come into the light again and look other men in the eye; they will not save themselves if, coming as they have from the street and not out of the museums, they do not have the courage to speak words that can go back into the street again.