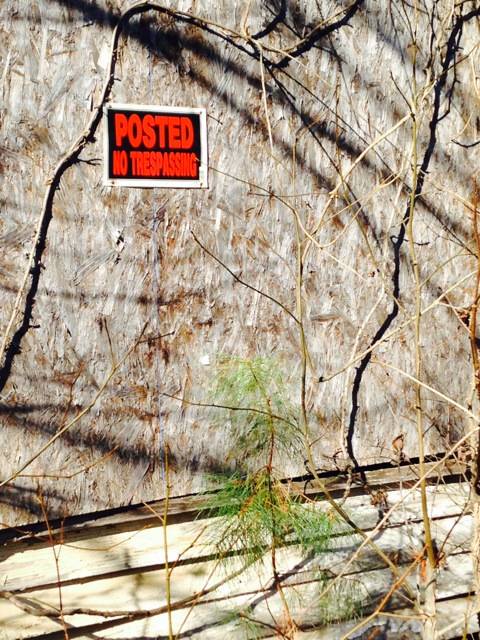 Slow Irony seeks to link the pleasures of humorous insight with a commitment to “go local” in matters key to a community.

Forty-two years ago, at a weekend retreat held at St. Andrews Presbyterian College, we — more than 100 high school students from surrounding counties — heard the news that the Paris Peace Accords had been signed. Ecstatic, so hungry for an end to the war in Vietnam, we celebrated –prematurely. We floated candles in the lake and sang songs and believed it a momentous moment in which important things were right in the world. It was January 27, 1973.

This January as I drive again toward St. Andrews, to teach for two months and to read in the university’s long-respected Writers’ Forum, a particular dilapidated church building southeast of Chapel Hill catches my eye, first for its architecture and its decay and then for the irony of the No Trespassing sign posted on the front. Would that a paper could make it so. 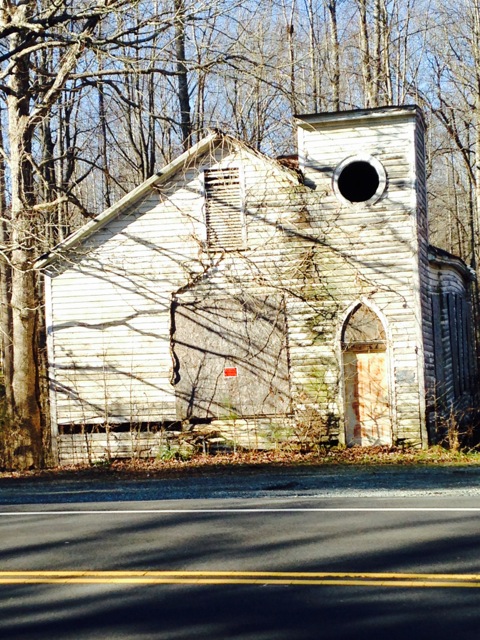 In Laurinburg, NC, university abuts retirement community. A parking lot and a few decades in mean age separate the two populations. It is so close that only the lazy and hurried (read, self-indictment) drive rather than take the easy walk between the office at St Andrews and the assisted living floor in the main building at Scotia Village. Opportunities for all manner of sense- (and as needed, nonsense) making abound at both ends of the trajectory.

Talented people gather in both locations with stories to tell and chances to tell them. And when the component of commuting NYC (to teach again at the New School) <–> NC is added next week, the experience of connections (I hope, including air travel) and dissonances will compound.

Metaphorically and literally, North Carolina and New York have a hold on me. The pull of place fascinates, and not only writers; some give into it, others avoid it — for a lifetime or for a while. A friend and A.R. Ammons scholar, hearing how Ammons’ words, cadence, diction, come to mind when I’m in North Carolina forwarded a lecture in which he notes that Ammons waited fifteen years into his writing life to write from the images and memories of his Whiteville, NC, home. When I was studying at Queens University in Charlotte, Robert Polito assigned the complete works of Robert Lowell, and I fell in love with Lowell’s work, pored over his multiple edits of poems. Having at hand the vast resources of the NYPL including an audiotape in which Jarrell reads and talks about Lowell and their time with Allen Tate, I saw what time away from Boston did for Lowell’s work and its place in the personal and poetic lineage that was his. For both poets’ work, “home” and “away” truly mattered.

During my time here at the university in Laurinburg, my place is often a desk by a window in the St. Andrews Press office. In the adjacent space are books and journals from the press’s long history. In the early 1970s, St Andrews Press began publishing a widely respected literary review, and in 1974, Creative Writing Professor Ron Bayes, pulled together an unprecedented gathering of poets and artists who had been associated with Black Mountain College. His colleague, Ted Wojtasik, current Creative Writing professor, poet, novelist, and playwright, is working on an exciting and expanded follow-on version of that event to take place at St Andrews in the Fall of 2016 — a tribute to the legacies of Black Mountain College and of Ronald H. Bayes. The press will also publish, in digital and bound formats, a collected edition of the works of Ron Bayes in upcoming months. 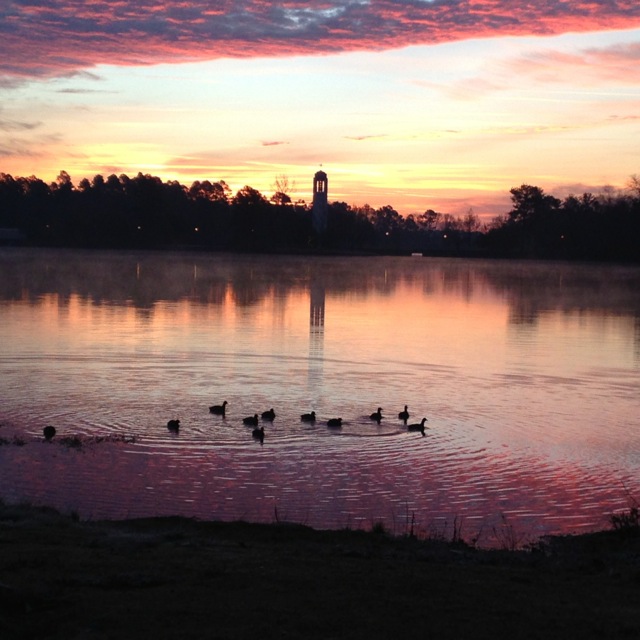 Amid the life and energy that is St. Andrews, a steady number of retirees come to spend their late life years on the other side of the parking lot. It is an active, vibrant community. My parents moved there in 2007. My father died in 2013. My mother, 86, lives in the assisted living section of Scotia Village. So do these two poets whose poems I found in the St. Andrews Review, vol 3, no. 1, 1974. I’ll share them with Mom after lunch, if she can fit me in.

for Rod McKuen, Elizabeth Barrett
Browning and Edgar A. Guest

When I have fears that I may cease to be
before my brain has teamed up with my pen,
I view the toil and welter, storm and strife,
and take Professor Snark’s
Beginning Creative Writing class
again.