My son Ike is sick, and he wants to come “home,” out of the nursing home. 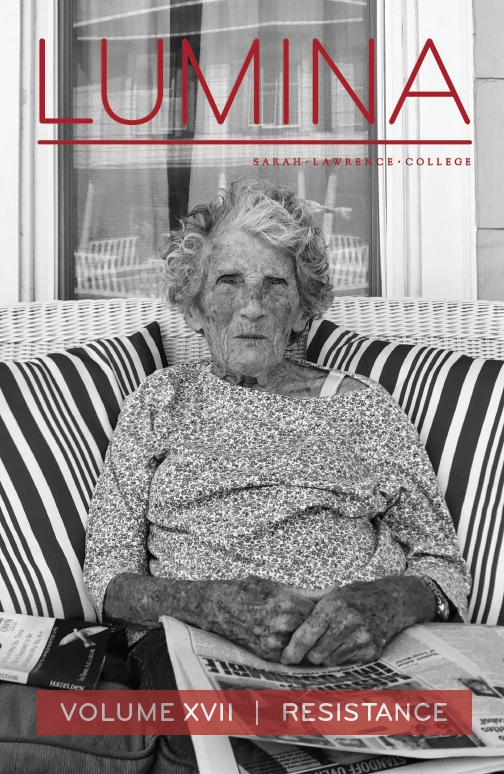 Poetry is not a kind of communication, but a construction in consciousness…
— William Gass

Talking through this decision, his dad and I, now a decade divorced, think back over the long term of Ike’s illness, still after 19 years undiagnosed. It came, in all its terrible perplexity, precisely at the beginning of puberty, perhaps attributable to a proclivity activated by the tremendous hormonal shift that causes a male’s voice to deepen, chest and shoulders to broaden, beard to grow. At 14, Ike’s growing up began to turn into coming undone.

It is June, just past the summer solstice. The present situation—dying—contains counterintuitively, the anticipation of happiness.

How can you bring home one you love and with whom you know your time is limited and not pack love into every moment possible? How do you make up for a body’s vulnerabilities, add oomph and energy, music and story, light and laughter, the boisterous, the irreverent, the goofy? You simply do.

I honor Ike’s request to have the sun shine in his eyes in the morning. I open the blinds. I acknowledge life in every step, that he is living, and I am living the life that I am going to keep on living when he will have moved on. Every time that he asks “what if I’m dying?” I tell him I will go with him as far as I can.

Always, Ike liked building things, especially complex Lego replicas of buildings he knew in the world. When his manual dexterity worsened, he would direct, suggest and encourage, focused on completion.

About six weeks before his death on Thanksgiving Day, Ike spends one evening talking, sometimes in his sleep, sometimes more awake, saying, “My building, I have not finished my building. I must finish my building.”

When his illness had been with him for eight years, a poem by Carl Phillips’ brought perspective, comfort, and dignity—as an arched colonnade, the arches appearing smaller and smaller in the distance.

This is the way buildings do it.
— Carl Phillips, “A Mathematics of Breathing”

It is important to keep observing in order to keep your mind supple for observing. And further observing can lead to seeing and thinking and being and acting. Further.

In his last weeks, when I leave his room, he says to his father, “Mom loves me.” When his dad leaves the room, to his brother—or to Victor, a caregiver—he says, “Dad loves, me,” and to me when I return, “Nick loves me.” Ike is determined that our love of him and his for us be the bedrock and the foundation.

When Ike was walking with a cane, he would start to put his hand on my shoulder and then very much wish he could steady himself without that. “My shoulder misses you,” I often said. “It has no other real reason for being.” He would laugh at my silliness and put his hand firmly on my shoulder. I miss that feeling. I miss his generous gratitude.

No diagnosis of cause means no map through this unexplored territory of wasting, dysphagia, and an insufficient immune system.

When you have a son who is “typical” and then not, he and you experience your almost immediate rechanneling to the edges of the river’s main flow. You swim against it for a while. Then you pull in, lash the skiffs to the dock and make camp on the beach of a smaller world and then another smaller and another yet smaller still.

Ike chose to live in community. In those houses and homes and on those campuses, we also found belonging and good company.

For 120 days, at the end of his life, home for Ike are two rented spaces. An apartment in a converted 1890s church, then a warm house at the end of a shady road where tall pines have permitted a few hardwoods to grow.

We laugh and cry and eat together for as long as he can. We puree everything in the blender so powerful they named it a Ninja—everything. Pizza, shrimp, veal marsala. We reinvent pureed delights, and in the last weeks we find he likes strawberry Italian ice when his body is so fevered that ice cream curdles.

For my father, I saw his dying time as four years. For my mother, five days. I cannot yet measure the length of my older son’s. Ike was a beautiful, tragically perplexing whole, 19 years “in decline,” 14 youthful healthy years, dying at 33.

My father studied rhetoric and classics. He tended bees and hybridized camellias. A Presbyterian minister, he said there will be more people in Heaven then we imagine. He was slow to judge. He always said “Imagine a bigger God.”

We stay up all night watching the World Series and the election results. I stop what I’m doing and hug him when he cries for the first time in years, and it is in response to a song on the Voice. “It’s just so beautiful, Mom,” he said. I keep his rare tears and that moment in my heart.

My friend Dan Albergotti had given me a poem of his in the Spring of 2016. There it was, in my study down the hall from Ike’s room. A beautiful letterpress edition on which you can trace the raised print with your finger.

Out of view, more galaxies. Out of time, more light.
Out of sand, the turtle’s head. Out of day, the night.

Out of sight, a loving god. Out of love, a son.
Out of song, the nightingale. Out of void, the sun.

Out of running water, life. Out of stagnant, death.
Out of ages past, a poem, pulled up out of breath.

Out of method, futile search. Out of myths untrue.
Out of other worlds, some hope. Out of this one, you.

We are outside, now. You are, Ike, beyond. The maple tree in the front yard is ablaze. The male cardinal that was trapped inside the screened back porch has joined the female who waited watchfully from a nearby bush for hours.

In the first three months after Ike’s death, I told everyone I encountered, even strangers, “my son just died.” I did not seem to be able to stop myself.

Twin brothers have made two eye-catching paintings on two buildings on 14th Street. They face one another. I notice them each time I pass. I want to like them, but I cannot seem to. Nor do I dislike them. I am most interested in what will happen to them over time. Will the same artists paint something new? Will I like that more? Will the buildings come down? The paintings mainly make me think more about the space and the buildings than about the paintings.

It is important to keep observing in order to keep your mind supple for observing. And further observing can lead to seeing and thinking and being and acting.

The only time I heard John Ashbery read in person, it was from his just-released Self-Portrait in a Convex Mirror. I still thought that I could take what I could find in a poem and keep it. A questioner who knew better gave a presentation of two variations on the meaning of one line in a poem. The poet watched the questioner throughout his presentation, then paused, smiled, kindly I think, and with maybe a twinkle in his eye (I was on the fourth row and could not be sure), said, “It’s always more than one thing, isn’t it?”

A colleague I admire, when I asked whether I needed to go in this direction or that in a project I was beginning, said, “People have gone in both of those directions.” Doors opened. I heard, “Yes.”

After Ike died, I reread poems I thought had deserted me and saw dying where I had not. My mind was sometimes fallow and quiet, a seat outside, waiting. Friends came to where I was living and forced me forward, put me on a train, gave me keys to a place to stay where I knew people, told me to show up at gatherings of writers.

I read a colleague’s new book. A treasure, midwinter, of new creation. Interest building again to fascination and marvel. To inclusion.

love is a place
&through this place of
love move
(with brightness of peace)
all places
yes is a world
&in this world of
yes live
(skillfully curled)
all worlds.
— e. e. cummings

I think of my son’s building out in the world now. Sometimes I see it made of Lego, sometimes the Tower of Pisa, or the Statue of Liberty, or the newest or tallest or most unusual structure. I imagine the view from up there. Every moment of life—before Ike’s death, after it, now—is lived in sight of it. I can turn and see it anytime—the Tower of Knowing and Loving on the Plain of Happiness close by the Valley of the Shadow of Death.

An essay on looking at the world before and after death, “Building” appears in the May 2018 issue of Lumina.