There comes a point when there will be no more good news. 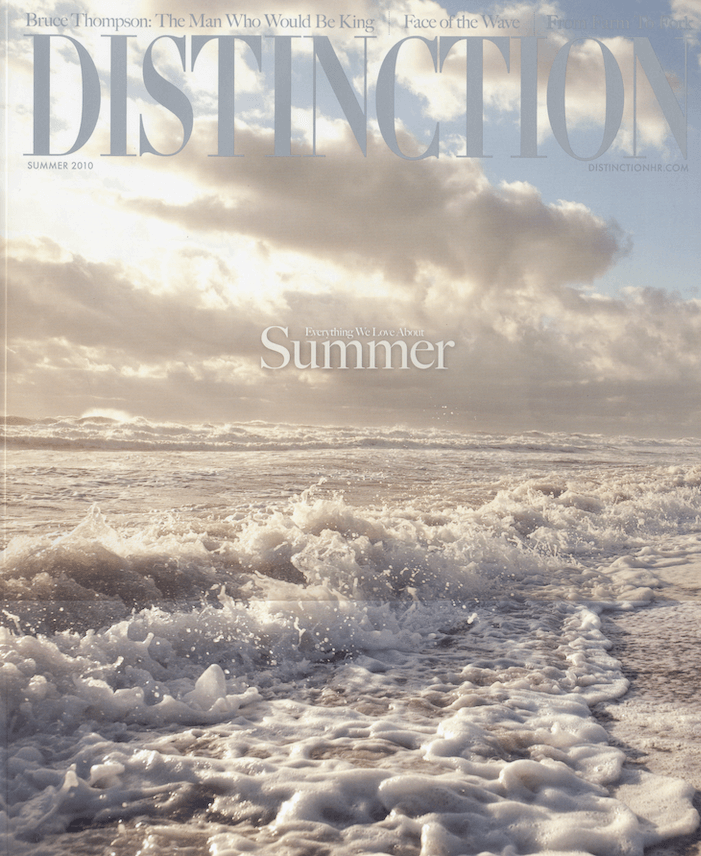 I was tired and grumpy, and even the cool of my favorite around-the-corner-from-work-with-a-faculty-discount bistro was not up to the task of lifting my spirits.

To make matters worse, I was lying. I love summer. Usually.

But this particular summer, if he makes it to summer, past the day the French celebrate as Fete de la Musique, past the solstice that marks two of my best friends’ birthdays and three of my family’s moves, my father may likely die. None of us is begrudging him the right to go; it is the details of the going that must be lived through—for him, died through—that aren’t so summery.

In the midst of a workday comes the call from an administrator at the place where my parents live that it is time for us to order either a DNR or a broader Medical Options for Scope of Treatment. MOST. He is feeding himself less and less, he doesn’t ask for his glasses or his hearing aids any more, his bones are softening, CPR is likely to create even more problems.

Two days ago I was what my new friend calls a mensch, a more pleasing pronouncement than “good girl,” and accepted an invitation to a party at which I knew I’d be the only newbie amidst a lively circle of old friends. The host is someone I not only admire but also like. On what grounds, then, might I regret without regret? Not coming up with any, I went.

Amidst a roomful of warm and talented people, a man I will call He Who Will Not Be Offended (as he immediately professed such, perhaps in response to my She Who Is Prone To Apologize) and I struck up a conversation over the tapenade about life and long-term marriage (which somehow sounds more like a sentence than an accomplishment) and parents dying. When we got to the parents dying part, even this successful sit-com writer and producer gave up on lighthearted and drove straight into the brick wall of truth. “There comes a point when there will be no more good news.”

It did not matter one whit that what he said was not funny. It was succinct and savvy and just what I needed. For now, this confluence of summer and dying.

My father-in-law, my affection for whom I refuse to divorce with my divorce, had a dying that stays with me still. Eight years later, his words in that last weekend hearten me. He had a broad and expansive mind, a relentless sense of humor, and a love of life that defied his “advancing” years. Sure he had foibles but, as far as I could see, he knew them and that’s what they were—foibles. That he ate too much salt, did not suffer fools gladly, was never the linguist he wished to be nor the pure scientist he valued, nor the financial wizard he yearned to be to care for his family and compensate perhaps for his life in academia. And he knew the power of comparative advantage and collaboration, an economist and a sociologist, through and through.

My now-former husband and our younger son and I were in a motel in the university town in which my father-in-law had lived for more than fifty years. The days had my son and his dad off at the lacrosse national championships with another father-son duo from Atlanta, where we then lived. I was free to go to be with my mother-in-law at their house and my father-in-law in the hospital, and I went back and forth between the two. It was late May and strawberries were in and she and I selected some at the farmer’s market and washed them and took them to the nurse tending him at the hospital. My mother-in-law and I watched Marcella Hazan start a Bolognese sauce and carefully worded the death announcement using one of his Levy’s Eleven Laws on the Disillusionment of the True Liberal. It was a quiet and special time and stays so now in recollection.

Somewhere I have written down everything my father-in-law said during those two dying days. Much of it stays readily available for retrieval.

I want to see the General Engineer.

Are you walking me down the aisle, Cousin Madge?

We are all one people.

I never heard my father say anything judgmental about the disposal of bodies after death. He only always said, “We will be buried,” speaking, as he often did, for the two of them, which my mother, his wife of sixty years, typically appreciated.

Speaking of death is something my father did a lot of. He held a lot of dying hands, stood by a lot of bedsides and gravesides, and was typically the one speaking and consoling others, part of his job and part of who he was—the two merged in him as closely as they were in my father-in-law. My father and death go way back. After the war he visited the families of buddies of his who had died in combat. He met my mother when he was assisting in her grandfather’s funeral as a seminary summer intern a few years later. Of his own family, he has buried and prayed over a niece, his uncle and aunt, his father, his mother, three sisters-in-law, two brothers-in-law, and his brother.

A couple of years ago when we were moving my parents from their home of twenty years to the retirement community where they live now, I asked the Avis dealer at Raleigh-Durham Airport for the sportiest car he had. I need my father to let me drive and I need him to ride with me. It was in the forty-mile drive in that red Ford Mustang that my dad first spoke to me about his perception that, like it or not, he was slipping and likely to go first and that my mother was fighting the knowing of it and she needed our help.

I saw my father shocked only a few times by death. Two times quite close together when he was in his 40s and I was still living at home, in eighth or ninth grade, I think. Both deaths were sudden—heart attacks—and both took men very close to him, men in whom he could confide and with whom I’d seen him laugh and be comfortable in a way that did not come easily or frequently to him, the formal man he characteristically was.

The two were friends of the summer of my father’s life. Midlife, the time of full productivity, maturity, a time of ripening, of being at and aware of the height of one’s powers. Somehow we have allowed that to be shortchanged. It is difficult to hear midlife without its echo, crisis.

The good-natured and hardworking Irishman who now shows up daily to push forward my ever-growing apartment “renovation” lost his father suddenly in his 60s, a few days before I moved into the building. “My mother is the sick one,” he says, puzzling how to help her and support her an ocean away. He comes to work and he coaches his son’s baseball team.

He and my breast-cancer survivor friend and in some ways what He Who Will Not Be Offended said keep me in line about this grief. So does Ian Frazier’s essay “Everlasting.”

The shock our family experienced at the death of our beloved Uncle Simon is beyond my power to describe. You feel so helpless, so bereft. . . . For months afterward we stumbled around in a fog of numbed incomprehension. But then grief naturally began to turn to anger. How could something like this have happened? Simon was a strong, healthy man of ninety-seven years. The New Yorker. Oct 27, 2003.

Really, I say to myself, he’s 85. His dementia has given you time to get a grip. Get it, and then let go.

I will summer. Not as in spend time somewhere. I summer in Nantucket. I summer in Siena. Not as in winterize, which is about keeping that season out, guarding against it. But summer as in throw all the doors and windows open, let it in.

Put your tools down. You’ve worked it. Let it come.

…the mind wakes, comes to life again…It begins to drift, to play, to turn over in gentle careless rolls like those lazy waves on the beach. One never knows what chance treasures these easy unconscious rollers may toss up, on the smooth white sand of the conscious mind; what perfectly rounded stone, what rare shell from the ocean floor…

But it must not be sought for or…dug for. No, no dredging of the sea bottom here. That would defeat one’s purpose. The sea does not reward those who are too anxious, too greedy, or too impatient.

I will summer. To zucchinis, that come tiny and delicate and massive and boat-like, depending on the fastidiousness/sloth ratio of the gardener; to watermelon juice and gnats; to bikini, if you can; to sweat; to memories. To partying when Nixon resigned in 1974; to the innocence that let us believe it our last disillusionment with government. To family vacations—what we thought we were doing and what we look back now and see slipped in and gave us what we didn’t even know we needed. To romances and engagements and weddings and births and deaths and reunions and remarriages and relocations. To trips to Africa and the Grand Canyon, to minor league ball games and so many times to the beach. To big discussions about big topics while sitting on the beach or the porch, the deck, the pier, the boat, by the pool, cool marble steps of public buildings, a bench in the park, out in the open, where big talk gets sized right by what’s around it. Air things out, blow them away if they smell, shake out the sand.

My father was an inveterate kite flyer. Fair skin, red hair, freckles, centuries of Scottish breeding and probably inbreeding, he would hide from the sun under his beekeeper’s hat, without the netting, thankfully, and long pants and long sleeve shirt, all khaki and lightweight. He’d show up on the beach where we adult children had arrayed and kept having to re-array our offspring. The Kite Man was the perfect shtick for him. His kites were fancy and complicated and sometimes they had to be modified in order to get them to soar as high as he’d have them, but he was always successful and it always attracted attention and delighted his grandchildren as well as others on the beach. Then he could take the kite down and take it in and he was done. No long conversations, no entanglements, time for a nap.

Yesterday running along the Serpentine Promenade I noticed a group of a dozen preschoolers at play, four-year-olds, all boys, all in bright yellow vests. Two teachers stood, arms out, at either end of the grassy area between the walkways. The boys raced, shrieking, determined, from one to the other. I slowed a moment to watch the competition. The greatest delight in the entire pack came not from the winner. My attention was drawn to one particular towhead who could not contain his joy at the great fun of falling down just before the “finish line.” He lay on his back and giggled, completely taken with his flouting of the rules and teachers’ objectives.

This is no race to the finish. No winner here. At some point you fall down and do not get up. Grief and great joy and summer.

An essay about life in the midst of death, "Summering" appeared in the July 2010 issue of Distinction Magazine.